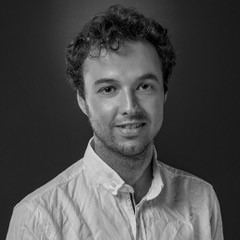 After obtaining his Master Degree in Theoretical Physics (ENS-Paris Diderot) in 2010, Federico Zalamea prepared a Ph.D. in the Philosophy of Physics. During his doctorate, he was a member of the SPHERE Laboratory and the ERC Philosophy of Canonical Quantum Gravity project, led by Gabriel Catren (CNRS). He then completed a one-year Post-Doctorate at the University Paris-Diderot, before joining the mathematics department of Efrei Paris as a Research Professor.

Federico Zalamea also participated in the organization of several workshops and summer schools, which aim to promote interaction between young mathematicians, physicists and philosophers.

When you visit a website, information may be stored on your browser, most often in the form of cookies. This information may be about your preferences or your device and is used to personalize content and improve your experience. Some cookies are essential for the site to function properly, others help improve your experience by giving you insight into how you use EFREI.fr. For more information, please see the privacy policy.
Necessary Always Enabled

These cookies are used to guarantee important site functions such as remembering your preferences regarding cookies, security, session data or offering the possibility of making an appointment online. As the website cannot function properly without them, they cannot be deactivated.

These cookies are used to deliver targeted content based on your browsing experience. They also make it possible to establish anonymous statistics of our communication campaigns, via Google Tag Manager, to assess their dissemination and effectiveness.

These cookies are used to generate anonymous site traffic statistics via Google Analytics (number of visits, most viewed pages, etc.) and other partners. This data helps to identify possible malfunctions on the site and to improve the quality of our services.